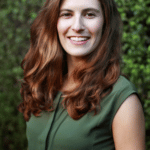 Journalist George Monbiot published a bold piece in the Guardian this month. He argues that the most damaging farm products are organic, pasture-fed beef and lamb. As you can imagine, there was a strong response on both sides of the argument. And the Guardian published responding letters criticising his argument. But is he right? What should we make of the case he makes against pasture-raised meat?

Here is my take on the matter.

Actually, I agree with him that livestock grazing has caused massive land degradation and biodiversity loss all over the world. This includes large-scale historical deforestation in the British Isles and ongoing deforestation in the Amazon. The question is what should be done now that we’re here?

The damage is real. But is all livestock grazing the same?

My biggest issue with Monbiot’s approach is that it is a blanket recommendation. In reality the livestock industry varies dramatically across regions and continents in the issues it faces and the recommended solutions. Human nutrition and health issues also vary significantly across regions. As Prof. John Morton points out in his response letter linked above: “poor people in the global south would benefit nutritionally from a higher intake of animal-source foods, and derive other benefits.”

We need to understand the whole of the Grazed and Confused report – not just take elements of it.

One of Monbiot’s arguments is that livestock grazing takes up a quarter of the planet and produces only 1% of protein. And he says this is inefficient. He cites a University of Oxford report called “Grazed & Confused?”. It is one of the most comprehensive reviews of livestock GHGs and environmental impacts. It’s worth digging into that report further. That same report emphasizes the high nutrient density of red meat. It also concludes that it is actually difficult to estimate how much protein is coming from grazing lands alone. This is because so much meat is raised mostly on pasture but fed some grain or finished on grain.

Additionally, the Oxford report also concludes that the protein levels produced on grazing lands could be increased if intensive rotational grazing systems were adopted. This emphasises the potential for higher protein productivity under different management schemes. It is worth noting that intensive rotational grazing can in some contexts negatively impact biodiversity. So, there are tradeoffs—as with all environmental issues.

Regardless of how much land livestock require, research has found meat to be an important part of human nutrition. And it isn’t something Monbiot proffers a real sustainable alternative for. For example, one US study modelled a plants-only agriculture system and found that it produced 23% more food but met fewer of the US population’s requirements for essential nutrients (White & Hall 2017). The Oxford report also highlights the nutritional importance of meat. It says: “animal products are generally richer than plant foods in readily bioavailable forms of not just protein, but also micronutrients such as iron, calcium, zinc, Vitamin A and Vitamin B12, and have fewer nutrient inhibitors such as phytic or oxalic acid.”

Based on this, when evaluating the role of meat in a sustainable food system, narrowly focusing on calories or protein alone may not be appropriate.

Livestock grazing takes up one quarter of the planet.

The second big argument Monbiot makes is to do with how much land livestock grazing takes up. It is a whopping one quarter of the planet. Looking at that number, it makes sense that a more efficient system would be better. Thus, less land would be required—and, he points out, intensive livestock facilities use less land. But here’s the catch: industrialised livestock systems also have their problems. These include animal welfare concerns, local pollution issues (which Monbiot wrote about in another recent piece on pollution from industrial livestock facilities). And what about antimicrobial resistance? A major concern within the medical expert community.

This comes back to the idea above of there always being tradeoffs when it comes to using the environment to meet human needs. As the Oxford report points out so clearly: “The challenge for now and the coming years is to figure out the environmentally ‘least bad’ way of using land and other resources to nourish ourselves … The inescapable conclusion of this report is that while grazing livestock has their place in a sustainable food system, that place is limited.”

So let’s imagine that a nation like the UK decided to wholeheartedly embrace feedlots as a strategy for reducing land demand and methane emissions associated with producing protein. And let’s also imagine that Monbiot successfully convinced the public to reduce its demand for pasture-raised products. What will happen to all that remaining unused land?

Monbiot believes we can rewild the land. He even suggests that the 4 million hectares of UK land grazed by sheep would become temperate forest. Most evidence does not point to this being a likely outcome. Rewilding is costly, and the new hunting and tourism supply on rewilded properties would likely far exceed the public’s demand for it. When farmers no longer graze a property, these semi-natural landscapes are most often not turned into hunting getaways, nature lodges, or nature preserves.

Without livestock related income to support them, grazing properties are often converted to higher income uses. These may include: solar energy development, housing development, and intensive uses like vineyards or nut orchards. These land uses have lower levels of biodiversity and greater soil carbon loss than grazing lands. National governments often provide funding to landowners for rewilding part of their properties. But I imagine there is a limit to that funding. So the assumption that the vast lands formerly used for grazing would now be turned into native forest if not grazed is just that—a rather big assumption.

Not only might rewilding be economically unlikely, the efficacy of rewilding also varies drastically region to region, even in the UK. This is something Monbiot does not consider. For example, in dryer regions, rewilding is quite difficult, expensive, and often unsuccessful. Additionally, rewilding does not always have the biodiversity benefits that project developers seek without significant ongoing management. In fact, in regions of Europe with land abandonment trends, academic studies find mixed results on whether biodiversity increases with land abandonment. In some cases it does, but often active management supports greater biodiversity.

Is planting trees the answer?

So, should some grazing lands that were previously forest, like those in the UK and Ireland, be turned back into forest to support biodiversity and carbon drawdown? I think so. Should we rewild all California’s rangelands to support biodiversity? Probably not, because livestock help in California to manage invasive plants, reduce wildfire risk, and support native species.

Would reducing pasture-raised meat consumption reduce climate change? It could, but it depends on what happens to that land in the long-term. Does the now ungrazed land become housing developments for commuters? Or repopulated by the same number of wild herbivores emitting methane?

Should humans only eat intensively produced meat in order to avoid greenhouse gas emissions and reduce land use? I personally don’t think it is worth the tradeoffs. There is also value in having different food production systems working in parallel, reducing the risk inherent in any single system.

So, it is a complex situation. Our challenge ahead is to create more productive grazing systems that also support local conservation outcomes. I believe the best way to do that is not to eliminate part of the industry just because it produces fewer calories or protein units per acre. Instead, we can improve the sustainability of the many distinct types of operations that make up our globalized food system.

Find out how AgriWebb helps farmers be more sustainable through increased animal productivity.

Got something you want us to fact-check? Tweet us with a topic and we may cover it for our next article.

Nic is an environmental scientist focused on climate and conservation solutions and currently leads AgriWebb's sustainability work. Nic previously worked for The Nature Conservancy and the Aspen Institute on landscape conservation, environmental policy, and food security. Her academic research has been published in leading global environmental journals and can be found online at ResearchGate.