🇦🇺 Family Farms: The heart of the nation 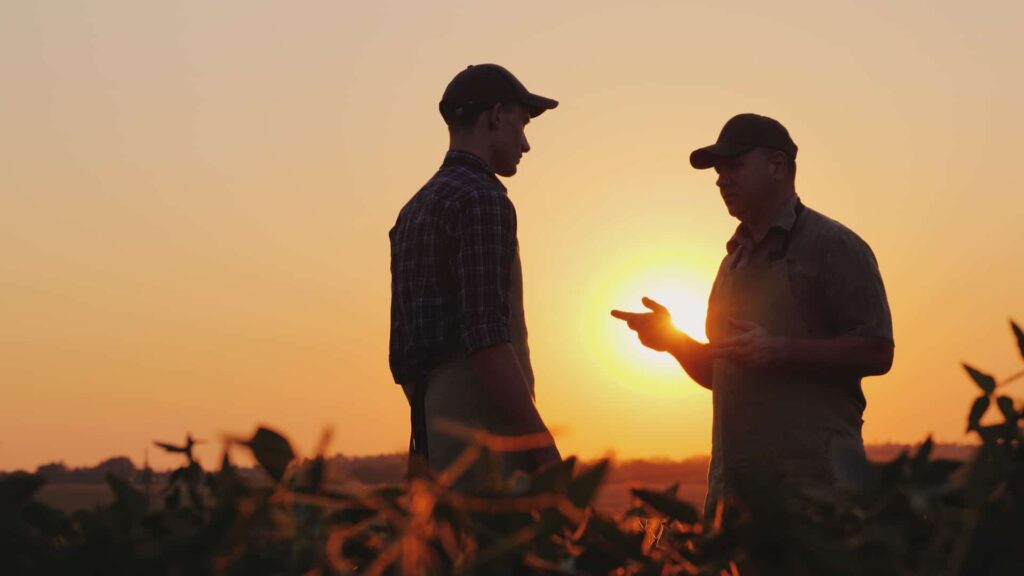 Since the introduction of Western farming practices, family farms have been central to Australia’s identity, and still today have an important role to play in its future.

From the cane fields of far north Queensland to the apple orchards of Tasmania, enterprising farmers have struck out to build a life for themselves and their families. These trailblazers, looking for grazing and farming land, drove the expansion of Australian communities and its people.

John Fargher, co-founder of AgriWebb, believes that the importance of family farms to the country’s development can’t be overstated, “at its core, it’s Australia’s history”, he says. Fargher’s family became a part of that history more than a century ago. His great-great-grandfather, J.W. Fargher, settled in Blinman in the Flinders Ranges in 1875, developing Oratunga Station. Today, Fargher’s parents run the 400,000-acre Wirrealpa Station in the same region.

“There’s a deep sense of pride in that we’ve been in the area for five generations and on this particular property for three generations”, says Fargher, who recognises his family’s story is part of a much older one. “Before that, there was a rich Aboriginal history and tradition in this region. My dad went to school in that community, and the locals worked on our property. To this day, it’s an honour to have deep-rooted connections with the local community”.

John Sanderson grew up on a wheat farm just west of Grass Patch, Western Australia. He remembers watching his dad drive off to go and work in the Goldfields, earning money to keep the farm afloat. “I was a bit too young to realise what he was doing it for”, Sanderson says. Today, Sanderson is full of admiration for his father’s determination. “I look at how we’re set up and I appreciate it completely; it was the best thing he could have done”. He also has rich memories from a childhood that saw him building cubby houses in the bush, hunting rabbits and racing motocross, “it was a perfect childhood”.“Around the homestead, that’s where all my memories are; it’s like the holy land for me”John Sanderson
‘Grass Patch’, WA

The sentiment is echoed by John Fargher, whose own childhood occurred in the shadow of a 20-year-long drought. “There’s no better environment to grow up in,” he says. “You don’t grow up in front of a TV playing video games, you’re on the land working with family members”. Growing up in this environment provides an education you won’t find in any schoolroom. “You get an understanding of what hard work is like from a very early age. That can be long days in the sheep yards drafting thousands of sheep in 40-plus degrees, or working on 100s of kilometres of fence lines, and you’re literally 50km’s away from the homestead – it builds determination and resilience”.

Enduring hard times hasn’t dimmed either man’s enthusiasm for life on the land. Sanderson was working as a mechanic in Kalgoorlie when an auto-immune illness forced him to return to the family farm. “Around the homestead, that’s where all my memories are; it’s like the holy land for me”, he says. “It was a huge tonic to come home and relax”. Today, he’s a partner in the family business.

Working in Sydney, John Fargher still gets back to the family property a few times a year. “I’ve had the opportunity to visit different farm landscapes across the world, and I’m still yet to find a better one”, he says. “There aren’t many days that go by when I don’t think about what I would do to ensure that we never have to sell that property”.

One explanation as to why family farms outperform corporates is that farmers working for themselves are more likely to embrace innovation.

“There is a bit of a misconception that farmers are just doing the same thing they’ve always done”, says Fargher. “I believe it’s the opposite: a lot of these family businesses wouldn’t have survived through all the hardships – whether it’s prolonged drought, flood or fire – without innovation at their heart. And it isn’t just about technology, it’s about understanding the environment you’re placed in and what options that gives you”.

Fargher points to the situation on his own family property in the Flinders Ranges, where getting through the drought was made a little easier by opening shearers’ quarters built in the 1860s to tourists, creating a new income stream.

Oxton Park, just outside of Harden in the Central West of NSW, is another property that continues to change with the times. They use an auto-weighing system and automated handlers when they’re drenching and vaccinating to maintain a low-stress environment for their livestock. Jack O’Connor, a junior manager on the property who helped implement AgriWebb, says it wouldn’t happen without the support of the older generation.

“I’ve been lucky with my dad and my three uncles, who are the four directors of the business,” O’Connor says. “They’ve been open to change, and that’s 90 per cent of the challenge – having people who are open to trying out new technology”.

Innovation and investment has been key to the Sanderson’s success at Grass Patch. Since buying the property in 1998, the Sanderson’s have improved soils by digging clay pits and spreading the subsoil through infertile sandy topsoils, and they embraced innovations such as auto-steer for tractors, and liquid nitrogen fertiliser.

The farming operations continue to evolve, with the Sandersons’ investing in AgTech. They recently put in a 4G tower to link their farm offices; all the machines have tablets running AgriTrack, with GPS tracking that communicates back to the offices. John Sanderson uses AgriWebb to manage everything from his diesel inventory to cropping rotations.

John Fargher believes farm succession is an opportunity to inject new ideas and vitality into the agricultural sector and regional communities. “There are so many opportunities to innovate”, he says. “The next generation is coming back after going off and doing other things, whether it be finance or science or hospitality. They can give that farm business and the whole community a fresh spin, and that’s really the future of family farming.

“That’s really exciting and to give credit to the previous generation, they’re more open to allowing that, because if they don’t, then there may not be an opportunity to pass that family farm on”.