🇦🇺 Innovation in The Top End 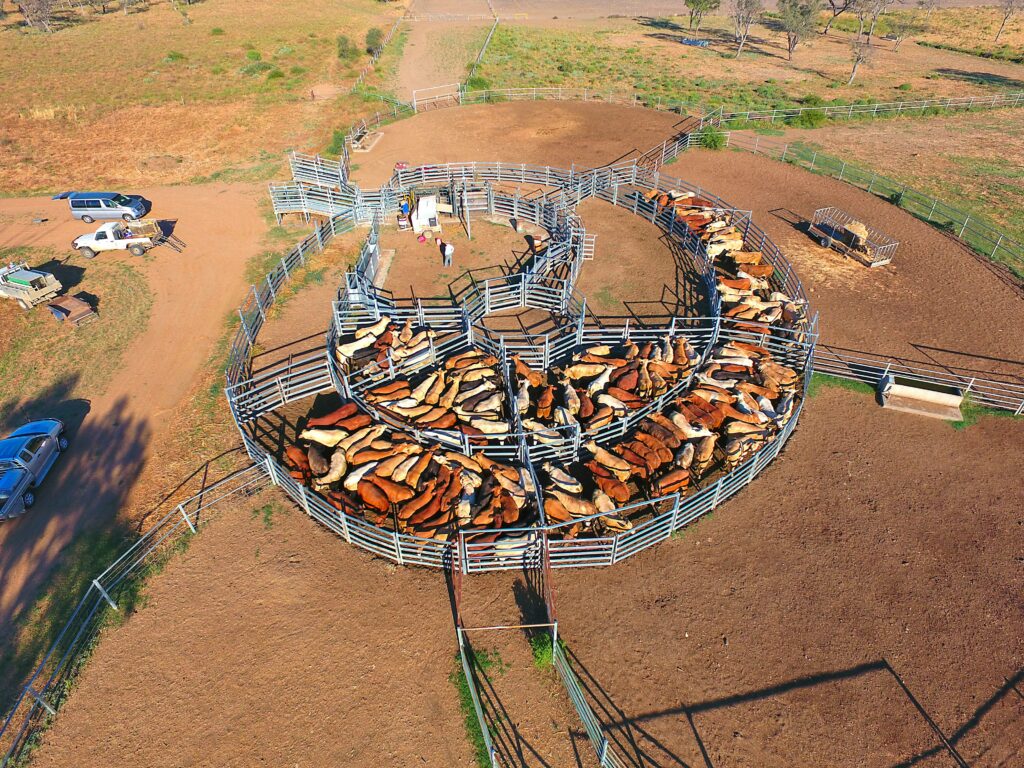 In the early days of Australian agriculture, many farming practices came straight out of the British playbook. That suited the southern states, where beef cattle breeds such as Hereford and Angus are still dominant. But it wouldn’t do in the tropical north, where a tougher climate demanded a new approach.

A breed of their own

It’s clear that northern cattle producers have embraced innovation by looking at the very cattle that graze their properties.

For over a century, the Australian herd was dominated by British breeds. It was in the 1930s that a group of enterprising Queensland cattlemen, backed by the Council of Scientific and Industrial Research (now the CSIRO), looked for livestock that could thrive in the north.

In 1933, geneticist Ralph Bodkin Kelley went to the United States for breeding stock and came back with 18 Brahmans (nine bulls and nine cows) and one Santa Gertrudis bull. It was the beginning of what has grown to be one of the great successes of Australian agriculture.

Today, Brahman genetics can be found in around 50 per cent of the national herd. The breed, which is tick and heat resistant, transformed the northern beef cattle industry into the export powerhouse it is to this day.

Continuing to improve the herd

The adoption of the Brahman breed didn’t end genetic improvement for northern cattle. Government agencies, individual breeders and large pastoral companies have all played a hand producing bloodlines for the harsher conditions.

The CSIRO developed the popular Belmont Red breed by crossing Afrikander cattle with Herefords and Shorthorns in a research program that ran into the 1960s.

In recent decades, large pastoral companies have crossbred cattle for the superior meat quality of Bos Taurus (English and European) cattle, combined with the hardiness of the Brahman breed. They also introduced genetics from cattle such as the Senepol, from the Caribbean, and the Tuli, from Zimbabwe, to develop their composite breeds.

At the same time, individual producers have improved herd genetics to achieve their own breeding objectives, whether that’s reducing days to calving, improving carcase quality, or producing polled cattle.

Less-fertile grazing country in the north means lower stocking densities, and farming across a vast landscape to generate economies of scale. The average southern herd is around 500 head of cattle. In the north, the typical herd is three times that, run over properties that average more than 23,000 hectares.

Innovators like Ross Peatling have recognised that extra care needs to be taken not to overexploit native grasses. As manager of Alexandria station, 218 kilometres north-west of Camooweal, he pioneered the practice of wet season spelling to improve and maintain land condition.

A significant investment in water infrastructure also pays dividends with better pastures, as Adrian and Emma Brown have shown on Amungee Mungee station in the Northern Territory. After buying the property in 2014, they installed more tanks and troughs, so cattle never walk more than two kilometres for water.
It means less land degradation, cattle in better condition, and an operation that has done well despite drought in the region.

Digitising the future of the livestock industry

Today, more and more producers are discovering technology can help them manage both their livestock and the environment they live in.

Remote walk-over-weighing technology, from companies such as Datamars, means pastoralists can monitor and manage cattle from afar; remote water monitoring from the likes of Farmbot saves hours – in some cases days – that was traditionally spent driving to check watering points.

Farm and station managers know more about their land and livestock than was ever thought possible, and the data they accrue is incredibly valuable. Using farm management software such as AgriWebb means all that information can be turned into powerful insights, empowering on-farm decision making and ensuring success in the years ahead.

To see how AgriWebb’s Livestock Enterprise Management software can help increase efficiency and improve productivity on your operation, sign up for a free trial today.