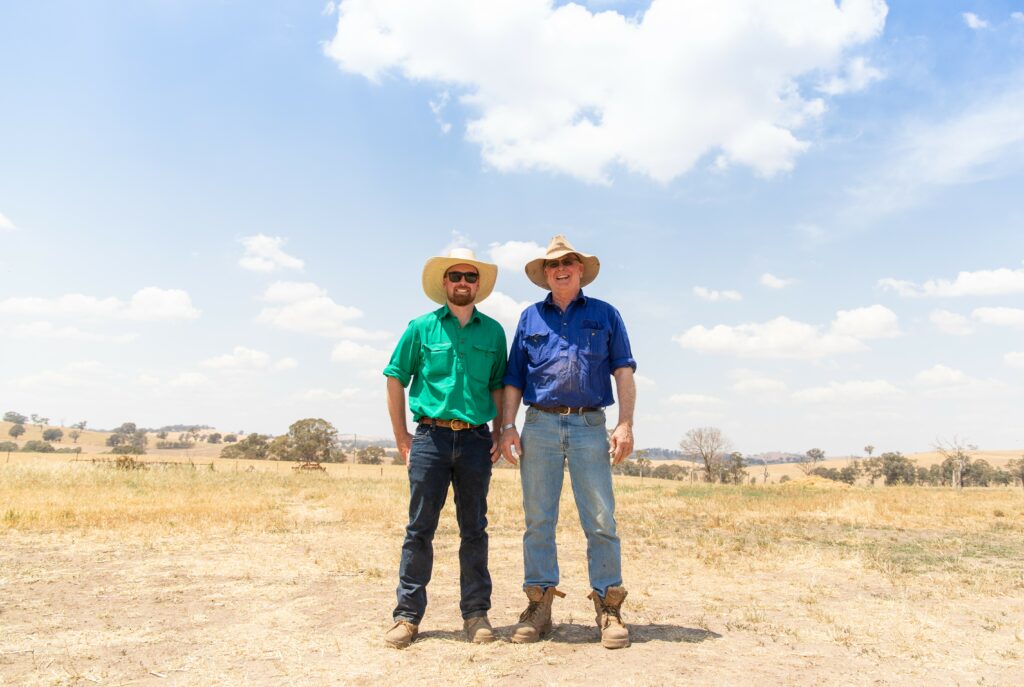 A family farm with growing ambitions

The Wills family have been farming around Mandurama, in the Central West of New South Wales, since 1980. In 1984, Cyril and Karyn bought a 700-acre block, “Weowna”. In the years since, they worked hard to improve pastures that had only been fit for sheep and bought nearby parcels of land when the chance arose.

Today, their operation runs over 7000 acres across two properties. They’ve moved from raising merinos to Angus cattle, with north of 1600 breeders in a good year. Cyril and Karyn’s son, John, has joined the family business full-time, after studying ag science at uni, where he met his now-wife, Sally.

John has taken great pride in seeing the family’s herd improve over the years. “I really enjoy seeing an animal grow up to be the best that we can produce, and seeing them go off to market and getting return buyers,” John says. “That’s my passion.”

Farm management software has played a central role in making that passion a reality. “We’ve been using AgriWebb for four years, and it’s a crucial management tool in our operation,” John says. 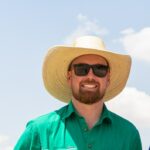 It allows you to do it on the run or as you’re moving livestock in the yard,” he says. “You don’t need to have a laptop, or to go back to an office where you can do it.

“Before AgriWebb, my father and I would be fighting over the information in our heads,” John admits. “Dad would put everything down in a pocketbook, and that wasn’t always the most efficient method of record keeping.”

At an innovation day in nearby Blayney, John learned about AgriWebb and saw a solution to their problems. “I was looking for a program that both my father and I could use, for mob movements predominantly, so that when one of us put information in, the other could see what was done.”

Being able to input records on his mobile was particularly important for John. “It allows you to do it on the run or as you’re moving livestock in the yard,” he says. “You don’t need to have a laptop, or to go back to an office where you can do it.”

John says that AgriWebb has made working as a father-and-son team a much more enjoyable operation. “It’s made it a lot easier to bring the information out of my father’s head onto a ‘page’ we can both look at. It’s leading to more efficient working conditions.”

Sally, who does the farm’s bookkeeping, has also saved hours thanks to AgriWebb. “Without AgriWebb, reading through my father-in-law’s pocketbooks would be…interesting,” she says. “I don’t think I’d be able to decipher his handwriting. Going through multiple notebooks, six to eight in 12 months, would be a big task.

Using AgriWebb, with just the click of a button, you know what you’re looking at, unlike notebooks, where you’re constantly flipping pages. It probably reduces the time it takes by 70 to 80 per cent.

One product, a range of applications

“AgriWebb’s mob movements was the driving force behind my purchase of it,” John says. “I can look at the whole farm map and see all the mobs in their paddocks.

“A simple click and you can see the entire history of a mob and know what you’ve done, what you need to do. You just click on a mob and drag it across into a new paddock – it’s fast and easy.”

Once John and his father started using AgriWebb, they found it became integral to their farm management. Now they use it for everything from odd jobs to major management goals.

The task management feature, which lets you link a task to its location on the farm map, makes it simple to take note of weeds and thistles, for later spraying. A less constant concern, but one that’s central to the farm’s success, is passing audits.

“Before AgriWebb, an audit was a long process, going through paper documents until they were coming out of your ears,” John says. “With AgriWebb, it’s a simple, quick click onto your reports. It brings up all the inventories that you have for animal and paddock treatments, which has made the audit a lot smoother and quicker, which makes for an easy day.”

A must-have tool for the future

John believes the importance of agtech to the livestock industry is only increasing. “In my father’s day, they went for creature comfort technology, such as cabs on tractors, air conditioning, and technology was slow to advance. Now, we’re looking at new updates on existing technology every month, and new innovations coming out yearly. The speed that technology changes on farms is growing rapidly and you’ve got to keep up with it.

“If someone is thinking of transferring over from a paper-based management tool to a technology-based one, my advice is to jump in headfirst. It’s a lot easier than you might think and afterwards, you’ll find it’s so beneficial – you won’t regret it.

To see how AgriWebb can help with livestock management on your property, sign up for your free trial now. 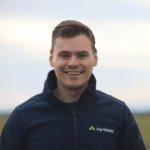