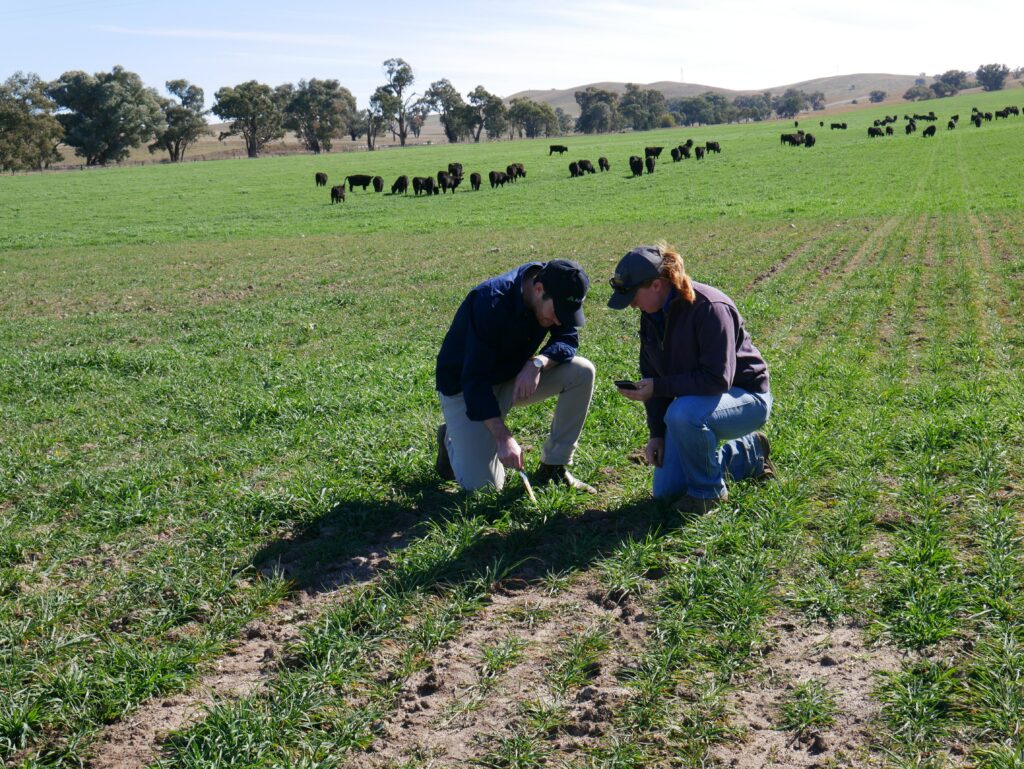 From putting cattle through the crush and loading livestock, to moving mobs and spraying paddocks, there’s always something to be done at Breakfast Creek, a 3300-hectare property south of Boorowa, New South Wales. Much of the work lands on the plate of assistant farm manager Amy Walker, and you get the sense she wouldn’t have it any other way.

Getting Started in the Agriculture Industry

Amy is passionate about her work and a huge advocate for other people getting involved in the industry. “I love working in the agriculture industry,” she says. “There are so many opportunities out there for anybody who’s looking, it doesn’t matter who you are or what your background is.”

Breakfast Creek the southern base of the Kenny’s Creek Angus commercial herd. Amy has worked there for more than four years; to hear her say it, she almost ended up there by accident.

“I worked here in my gap year between finishing high school in the local area and going to university, and then I came back for a few days’ spraying work and I never left,” she says.

Growing Up on the Farm

The casual way she puts it belies the determination Amy has shown since high school, when she decided that she wanted a career in agriculture.

Amy grew up on a property in Hovells Creek, less than 20 kilometres from Breakfast Creek as the crow flies, where her family raises fine wool merinos.

She remembers having the run of the place with her two younger brothers, constructing forts, building campfires and learning to cook in the coals. It was also an apprenticeship of sorts. “You always wanted to go out with your dad,” she recalls. “He’d be out building fences or chasing sheep, so you just kind of tag along – and that’s where you learn your basic skills that you need for a future in farming.”

Not that it was a given that Amy would follow the family tradition. “Nothing was ever pushed on me,” she says. “When I was really little I actually wanted to be a hairdresser, as every girl does.”

A Passion for Agriculture

It was around Year 9 that the idea of working in agriculture took hold. Surprisingly, considering that she went to high school in rural NSW, that’s where the idea found the most resistance.

Her school didn’t offer agriculture as an HSC subject, so she had to study it through distance education, which meant travelling three hours to Dubbo once a term. The school administration wasn’t exactly supportive at the time. “They weren’t real keen on me doing it but I pushed ahead anyway, and was determined to do it,” Amy says.

Her interest in agriculture earned Amy the schoolyard nickname Aggie Amy; it wasn’t meant as a compliment. “I was actually bullied by quite a lot of people back in the day because I found it was more interesting to be out drenching sheep than out getting drunk at the age of 16,” she says.

Amy didn’t let the knockers put her off. When she came to work in the agricultural industry, first as a station hand at Breakfast Creek, she found a much more supportive environment. “Once you’re in the industry, everybody is in the same boat, they live and breathe agriculture,” she says. “There are a lot of great people out there, they don’t care if you’re a female. If you’re willing to learn, someone will help.”

Advice for Women Interested in Joining the Agriculture Industry

Her advice to other women who want to get into agriculture is simple: “Just give it a crack, someone will give you a chance. You really just have to get in and have a go, find something you’re interested in and just try it. Even if you only learn a few little things that’ll help you get to your next job.”

Amy sees new technology, whether it’s labour-saving machinery or time-saving software like AgriWebb, making it even easier for women to get into agriculture, “I would say that women are definitely better adopters of technology; we’re trying to find a simpler, easier way to do things.”

And even without cutting-edge technology, she finds a way to get the job done: “I’ve always been told by my dad to work smarter not harder.” That could mean using a bobcat to put a generator on the back of a ute, when a stronger person would lift it, or shifting a heavy load in increments. “Sometimes I’ve just got to add an extra step to do it,” says Amy, “but the satisfaction of being able to do it myself is fantastic.”

To find out more about how Breakfast Creek Station is using AgriWebb, read the story here.